One wonders what the bloody secret of happiness . And for me at this time is clear , it is possible to spend as much time as you can doing what brings you closer to your mind , body and heart . That’s it . So simple and so complex. These last days , that so called happiness is what we feel most of the time. Some can think with a car, a camera, a surf board, the Atlantic and some cash I could also be happy, exactly, that’s the point, and that’s exactly what we need, not more not less. But what about my job , the car, the money, the rent I have to pay… Ha ! It’s easy , just say : Fuck everything.

As Alex did , for example, our surf instructor in Peniche , Portugal. We came to one of the best surf breaks in the world with the idea of improving the hell out , but that was just an excuse to make another trip together, after so long , after our surreal adventures in Sardinia and Asia back on the road , surfing the most scary wave in life , with good energy and a lots of joy .

So we met Alex, a guy from our city who said: fuck everything. Sounds good huh , you wanna say … but is scary , you are afraid  to win. He said it and here is since three years ago. In Almería lived what it is to be a freelance and take your work to bed and what it is to work for your boss to get rich at your expense. He lived what it was like to pay for a house, a plasma TV , a design kitchen and so many other things that were very useful to take him away from all I really wanted to do :surf , play with the waves , that’s it. That’s when he said it: Fuck the house , the job, the boss and everything. I’m going . And here it is. Doing what he loves and living it like a king.

So we keep playing with the waves in Peniche , eating crabs and laughing at life until it decides to give up the ass, enjoying while it lasts, before is time to change continent and continue the adventure with the pirate princess in other lands. 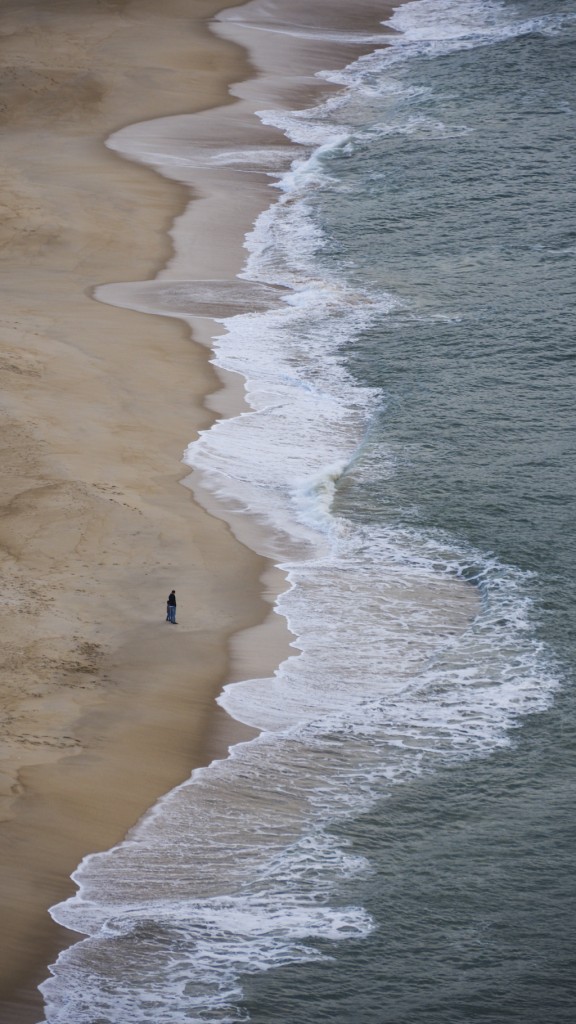