2012 was the most successfull year on my career. Two documentaries in Thailand and Indonesia, extreme sports spots, luxury resorts and even a super pirate yacht. I traveled to seven countries in three different continents, many adventures people and experience. But still wasn’t enough, I wanted more, let’s go for something more, let’s keep the challenge, let’s go to Norway.

Norway was the gold mine, I wanted to stop from filming and do something completely different. I wanted to make a tough job, get well paid for it and not have to be searching constantly for new clients for my films. I wanted a fix salary at the end of the month. In Norway it was supposed to be easy to have a job and be very well paid for it. The reality was very different.

I arrived with my girlfriend from Sweden and after 16 hours of trip through the fjords and some amazing landscapes, we arrived to Maloy, what seemed to be the end of the world. It was raining and cold, and I was with my thai pants and flip flops. The first welcome was from an ugly, fat, disgusting guy that we were asking to rent us a bungalow. He looked at me several times up and down as if he wouldn’t believe what he was seeing. He just said he didn’t want to rent us any bungalows. That was the first time in my life I really felt what it was to be an inmigrant, to be exclused and refused. I was not anymore a filmmaker travelling around in fancy places, I was going to suffer and I really liked it.

I spent one month asking for jobs everywhere. It was raining everyday, the people were tough and rude and it seemed to be no signs of light. I asked every single day for a job. To live here without a job is extremely expensive, a coffee is three euro, the money was flying and I realized that I made a high bid coming here. Or I find a job or I find a job. I was asking to work in bars, construction, fishing boats, fish factories, cleaning factories, everything and everywhere and the response was always NO. One day one door opened. A construction company were looking for a commercial diver. I had a professional certification from Spain, I know it was not valid in Norway but they didn’t say anything so after some days they called me and I said yes. That was the happiest moment until then.

The days passed by and no sign of diving, I was a construction worker. Everyday hammering and bringing heavy stuff from one place to another under the wind and the rain with my four rumanian partners. That was the dream of a tough and fix paid job. Did I like it? NO.

The first day I was really happy hammering, I took it as a good workout. I was happy not thinking of anything. The first week I was totally fed up with the world. After the first month I couldn’t stand it anymore, I felt the proof had been enough. The best teaching in life in the last years. Much more valuable than all the rest of the time I have spent travelling. I wanted to do what I really love, I realized that I wanted to change life because I didn’t trust myself enough to do just what I love no matter the prize. I’m good at making films and pictures and I am going to do it no matter how much it costs.

So I quit the job. I was again unemployed and alone facing the reality. I spent days and days sitting in the computer, writing mails and calling to everyone and everywhere, again. I was the same guy that before was asking for a shit job but this time it was me who had something to offer. Do you want a film? Boatbuilders, hotels, restaurants, everyone might need a film, why not? I sent a mail to a commercial diving company that couldn’t employ me for my spanish certification telling them I had underwater camera and bla bla and that if they needed a film they could tell me. I didn’t lose the hope but it was very dificult to keep the energy everyday. One day, without expecting anything I received a call from the diving company, they needed a film. They fucking needed a film!!! I went absolutely crazy, screaming, calling my girlfriend, telling everyone, I got my first assignment in the end of the world, where everybody told me: “You want to make films? Here? In Maloy? Ha!”

(will continue next week) 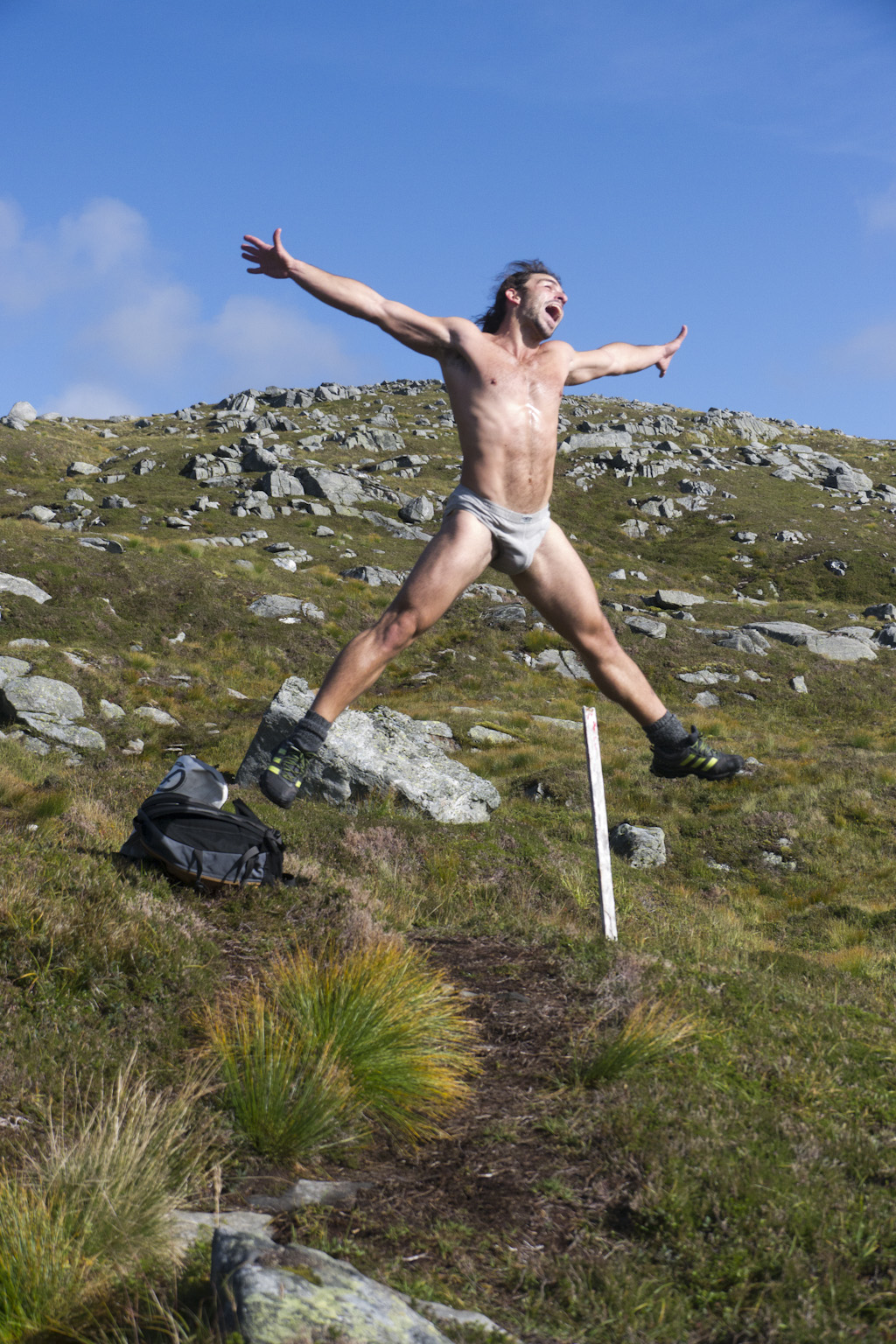 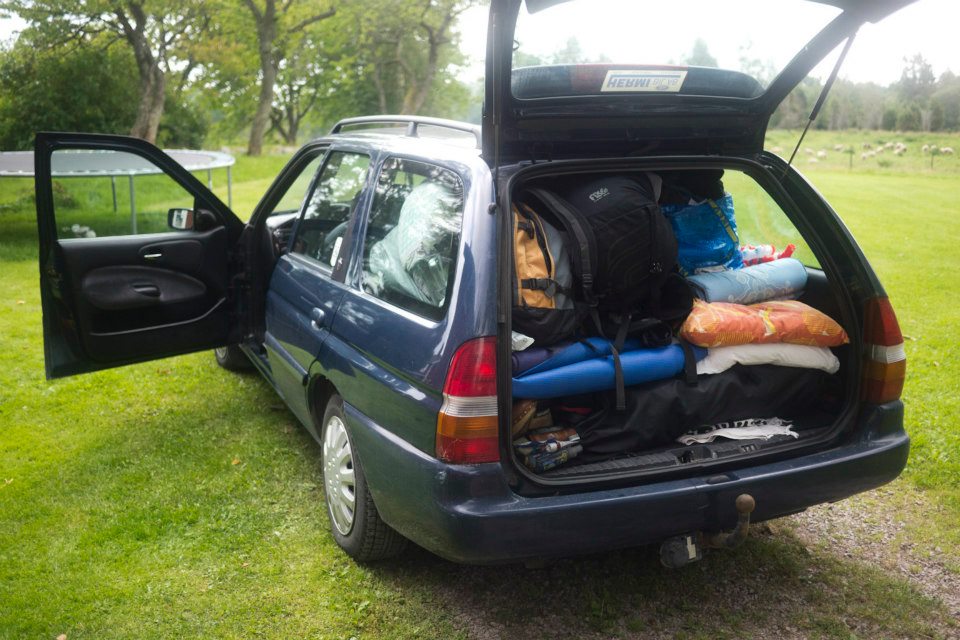 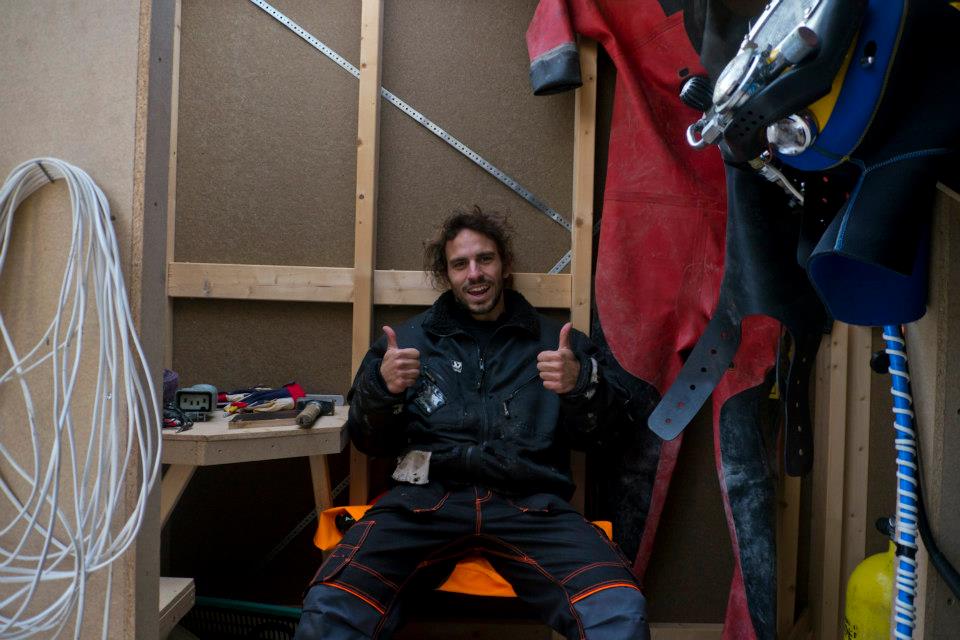